The City of Clarence, Iowa operates under a mayor/council form of government.

The Mayor is the head of city government and presides at all Council meetings. The Mayor is elected to a four year term.

The City Council is the legislative body of the City government and determines all matters of City policy. The Council is composed of five members, elected at-large, for terms of four-years, which are staggered. The City Council meets on the 2nd Monday of each month at 6:15 p.m. in the council chamber at City Hall.

The public is welcome to attend each meeting of the Clarence City Council. 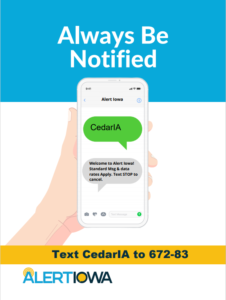 Call Before You Dig